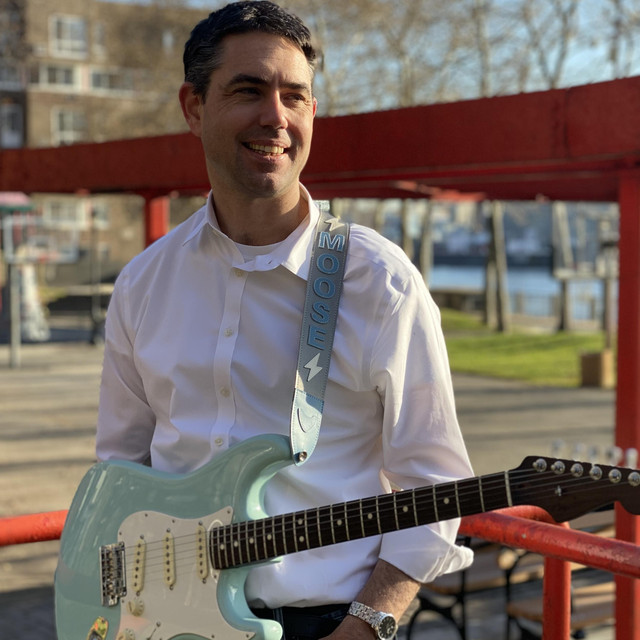 Hey! Is this thing on? 🎤 I'm Chris aka Moose 😎 I make music for my wife 💑 (& for you, don't tell her 🤫) I work as a quant 👨‍💻 on Wall St 🗽 & I'm vegan 🥑 Moose's fun & romantic sound, by turns danceable, silly, & heartfelt, is inspired by his relationship with his wife of 12 years. He started making pop tunes as Valentine presents for her, & it got out of hand. She gave him the pet name Moose, which is an upgrade from “Moo.” He figures a musician can be named “Seal,” so Moose should be okay. Moose’s tracks are filled with sweet, funny lyrics, jazzy keyboard, guitar, & synths, & funky beats, with a cinematic backdrop of sound effects & movie quotes. Moose was rejected from all the top music schools for jazz piano when he was 18, he picked up guitar in high school because all his friends were doing it, & the double bass was a present from his wife. His influences include soul artists like Stevie Wonder & Bill Withers, folk singer-songwriters such as Paul Simon & Suzanne Vega, and rockers with a sense of humor like Talking Heads & They Might Be Giants. Moose spends his days as a quant on Wall Street and working on his second doctorate in Electrical Engineering (the first is in Economics). Music has been a way for him to procrastinate on his dissertation. Moose has been vegan since 1997, which his wife finds to be extremely annoying. He enjoys guacamole & makes a killer pesto. There was a lot of music lately, so his wife got something different this Valentine's.