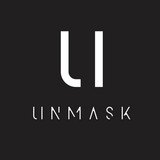 Since 2006, Unmask is a band from Rome, with alternative-prog, metal and art-rock influences. Sound has evolved over time, from the debut album "Sophia Told Me", rediscovering the heat of valves and analog synths and enriching the sound with ambient and post-prog atmospheres. A more direct approach to composition without losing groove and melody that always characterize the band. After a positive Massive Attack's Teardrop tribute, welcomed by critics and the web people, it's next the release of the new album "One Day Closer" published by M.I.L.K. - Minds In a Lovely Karma.