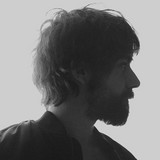 Ninja Bonita is an independent musician and producer from Madrid (Spain). He grew up in a small town in Toledo between japanese tv series, summers of 40°C (104ºF) and bikes of the 80´s. His music is a mixture of synthwave and dark dreampop and his songs could be the soundtrack of a garage full of monsters that want to play outside but have to wait until it stops raining. In 2020 Ninja Bonita begins, so his monsters can finally go out and play in the street.