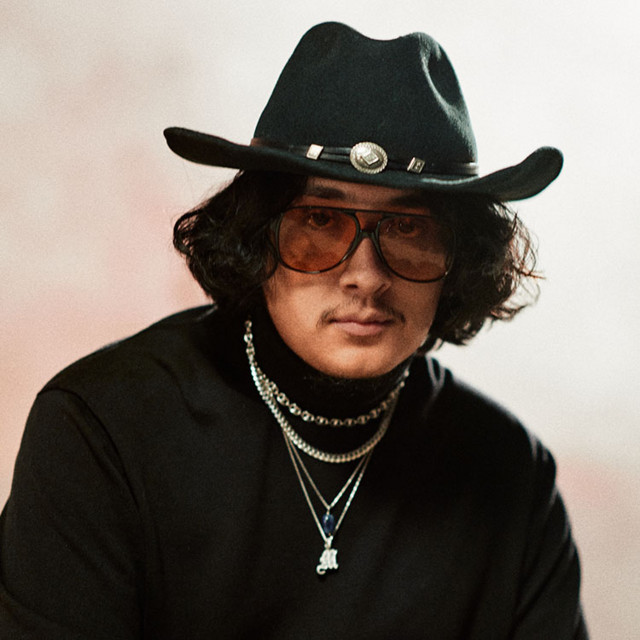 Growing up in Hawthorne, CA, a locale eminently known for producing more than its share of musical notables, it was perhaps destined that Cuco would come to represent for his city, emerging as one of the most visionary artists of his generation. His cognizance of that hallowed tradition, one inclusive of hardcore punk and Mexican acts he admires as well as some even bigger stars, helped set the artist born as Omar Banos on a creative path, with the nurturing support of his immigrant parents. "They've always pushed me to do music," he says. "But when it came to thinking like, oh, I can make it with the music, it was pretty hard for them." To that end, he cites his maternal grandfather as particularly encouraging of his musical pursuits, not just to him but to his family as Cuco sought to turn that passion into a vocation. With the release of 2019's formidable and unique Para Mí, his full-length debut since signing with Interscope, Cuco's exponential growth and development as an artist became undeniable. Emboldened by the Para Mí experience and fan reception, Cuco continues to push himself while challenging people's notions of what he sounds like. A tireless creator, with new material dropping throughout 2021, he stays proving himself as a youthful maestro of indie, seemingly leveling up with each release. Take the single "Paradise," for instance, its heady and heartfelt yet infectiously radio-ready hip-hop cozying up to the zeitgeist while optimized for repeat listens.