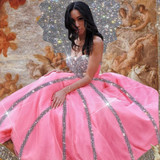 Miss Chay Bella aka The Rap Princess is an American singer, songwriter, performer, author, and actress. From beauty pageants to Rap Princess duties, Miss Chay Bella completely took the world by storm. Talent show after talent show, it appears she left a lasting impression! She is obviously made for whichever stage she chooses. Ultimately, she wanted more than beauty pageants and compliments on her looks. She exchanged her loneliness for education and music. In 2012, she walked away with a BA in Communication and continued to win our hearts by excelling all over again with more matured music! She has spoken and performed at many amazing venues and events including DROM NYC, Hip Hop Day, The Department Store, Maximum Exposure, Centerstage, Union EAV, Bourbon Room, Harlem Nights, The Doles Center, Kryptonite, Lovecraft, Rampage Skatepark, New York Comicon, and The Harbor Lights Yacht. She is also a published comic book hero and motivational guest speaker. She has climbed numerous music charts including Slacker Radio, SpitYoGame, Myspace, and Soundclick. Miss Chay Bella has been featured on Glocawear Radio, Da Blacktop Radio, Grounded Magazine, Patchwerk Studio’s Artwerk Periscope Show, and won a contest with BeatStars. She has been seen in CrazySexyCool, The Game, FBI, Love Thy Neighbor, Blindspot, The Walking Dead, The Unbreakable Kimmy Schmidt, Above The Shadows, and Star on Fox.