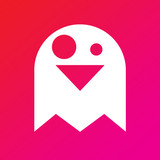 Girls With Depression are the Internet-native Discord-fueled treasure of the 2020s. Originally from Virginia, Cy Nothing Parker (they/them) now lives on the Internet, vibing out on the grill-pilled waves of your wi-fi heart. Girls With Depression primarily combines influences of synthpop, hip-hop and indie rock in order to be artsy and psychedelic-- this also supports the poetry which typically features emotional directness and storytelling abstractness. Surprising and intense lyrics based on reality make this a balanced breakfast. The unique vocals of Girls With Depression come from the lead singer's unique voice and the producer's willingness to manipulate that voice into an infinite number of sci-fi lethal angels. They don't have to be sci-fi angels. They can be whatever other computerized Lovercraft horror you can imagine-- as long as it's a metaphor for a vocoder. It's actually just vocoders and pitch-correction but famous music producers are still usually asking "Wow, how did you do that?" so it must be special somehow.