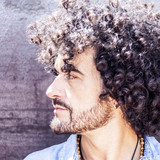 Alfonso Aroca is a pianist, composer and professor with a triple musical formation in classical, modern (jazz), and flamenco music. He has dedicated over fifteen years of his life to investigate within Flamenco and piano, being able to accompany a numerous of great artists. In 2015 he released his first solo album, “Orilla Del Mundo”. Within only one year he has had a major success in Mexico, Costa Rica, France, Holand and Spain being awarded in the prestigious Festival Internacional de Cante de las Minas (La Unión, Spain) winning the First Prize to the best flamenco instrumentalist (“Filón Flamenco”). From then on, his career is shot, achieving a resounding success in the most prestigious festivals in the world, such as the Netherlands Flamenco Biennale or the New York Flamenco Festival. At the moment he combines his intense artistic career with teaching, being professor of Master of Flamenco in the Escuela Superior de Musica de Catalunya (ESMUC), Barcelona. ALFONSO AROCA is today the new reference for flamenco piano. He is so, not only because of his varied formation, his wide trajectory, his versatility or his curiosity but rather because of his commitment with tradition and his interpretative passion, which through “Orilla del Mundo” has made possible for the king of instruments to reach its authentic consolidation within universal flamenco. www.alfonsoaroca.com