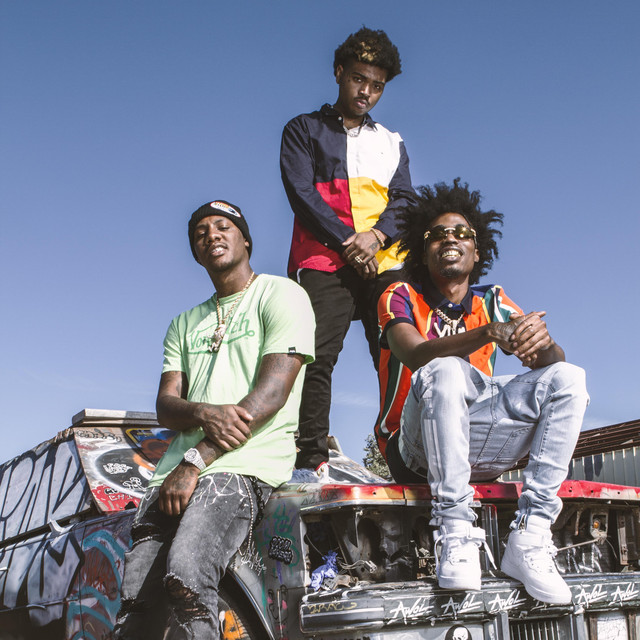 Rap collective SOB X RBE formed in Vallejo, California, in early 2016, founded by young rappers Yhung T.O, DaBoii, Slimmy B, and Lul G. The group's moniker stands for "Strictly Only Brothers, Real Boi Entertainment." While still in their early teen years, Yhung T.O and DaBoii worked on music with whatever rudimentary technology they had access to, often recording lo-fi songs on their phones. The group took shape when Yhung T.O and DaBoii teamed up with neighborhood friends Slimmy B and Lul G, with the four teenagers recording constantly in their free time and developing both their individual and group styles. After releasing several songs online, SOB X RBE immediately caught the attention of fans and fellow rappers alike. Bay Area rapper Sage the Gemini took a special interest in SOB X RBE and became something of a mentor, taking them on tour and introducing them to other more seasoned rappers. The group released more new songs, with tracks like "Different," "On My Mama," "No Love," and "Anti" becoming underground hits and fan favorites in a live setting. SOB X RBE quickly grew in fame, drawing many comparisons to early N.W.A due to the ferocity of their rap styles, young age, and a sense of the group being somehow greater than the sum of its parts. The group's self-titled mixtape dropped in late 2016, and the next year saw most of its members release their own mixtapes amid various collaborations. The quartet caught a high-profile placement on the chart-topping soundtrack to the film Black Panther with their song "Paramedic!" They followed with Gangin, which landed at 74 on the Billboard 200 in early 2018. Gangin II arrived later that autumn. The standalone single "Rich" arrived in 2019. ~ Fred Thomas, Rovi