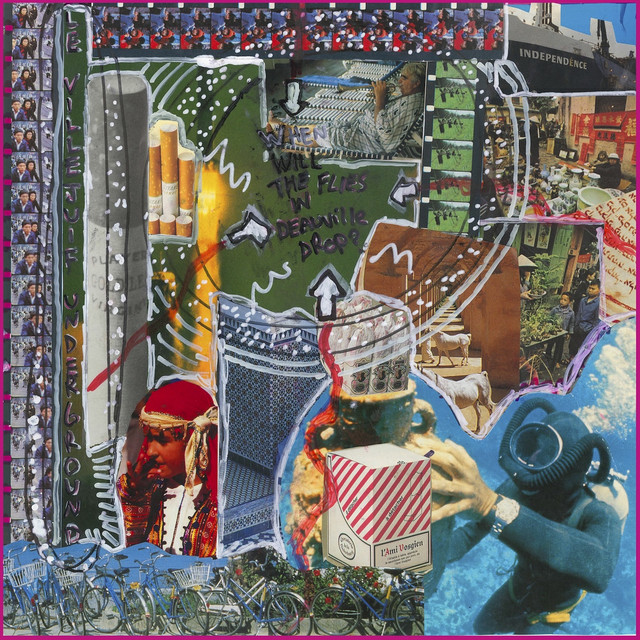 A bass player looking like the main character of a surf movie shot in Chernobyl. A guitar player who’ll take french rap or thaï music over the Stooges, anytime. A keyboard player invited at reharsal by mistake who got the job cause he felt asleep on his synth. An australian poet-singer lost in France with no papers, sleeping in a cabin in the backyard of the Villejuif house where the whole band lives, sets up shows and records the most vital, exciting and enthralling records heard in France for a long, long time. PRs & managers would kill for such a story - this one is 100 % accurate and happened just like any great story : by chance. Just like the music of the Villejuif Underground, the result of happy accidents and unholy alliances, something that was never meant to be but became an astonishing fandango of sorts. Think Fat White Family covering Oingo Boingo with Beat Happening’s gear. Think Beck’s One Foot In The Grave remixed by Daniel Johnston and Brian Wilson. Think Ausmuteants, the Spits, the Feeling Of Love or A Frames when they really nailed it. Actually, you shouldn’t think about any of this cause whatever you do, you’ll still be far from reality. Way too far.