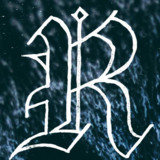 United by a mutual desire to escape the downward spiralling rat races in modern society, the Norwegian sludge/noise trio RONGEUR has dwelled in the underground since 2012. The trio batter you with bitter grievances and violent assaults of desperate cries and distortion, dragging your beaten body through the inner circles of hell, just to declare that nothing has accomplished. RONGEUR has released a compilation of demos The Catastrophist and As The Blind Strive Demos (Aonair Records/Disiplin Media 2014/2015), a digital split with the sludge punkers of Ampmandens Døtre Traitors/Nothing Has Improved (Ampmandens Records 2016), and a 7" vinyl single God & I/Good War (Ampmandens Records 2016). An Asphyxiating Embrace (Poacher Records 2018) was the bands first full length album, and offers a frustrated observation of the human inadequacy to make rational choices. Dressed in a sludge fest with accompanying post-metal bells and whistles, the record spells doom over mankind and is surely nothing like taking a stroll in the park, even though the record makes for good jogging music. New album, Glacier Tongue out November 12th 2021 on Fysisk Format. Dag Ole: bass and vocals Jon: drums and vocals Audun: guitar and vocals