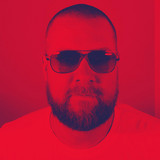 Rooq is a social humanoid robot developed by Bochum (Germany) based company Lensing Robotics. Rooq was activated on June 2, 1980 and made his first public appearance at Marienhospital Herne, Germany on June 2, 1980. It is able to display more than 50 facial expressions. Rooq has been covered by media around the globe and has participated in many (not so) high-profile interviews. The robot, modeled after actor Ryan Gosling is known for his human-like appearance and behavior compared to previous robotic variants. According to the manufacturer, Peter Lensing, Rooq uses artificial intelligence, visual data processing and facial recognition. Rooq also imitates human gestures and facial expressions and is able to answer certain questions and to make simple conversations on predefined topics (e.g. on the weather). Rooq uses voice recognition (speech-to-text) technology from Alphabet Inc. (parent company of Google) and is designed to get smarter over time. Rooq's intelligence software is designed by Lensing Robotics. The AI program analyses conversations and extracts data that allows him to improve responses in the future. Lensing designed Rooq to be a suitable companion for all kind of musical projects. He has said that he hopes that the robot can ultimately interact with other humans sufficiently to gain social skills.