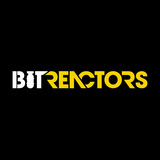 Bit Reactors is an Italian music project founded in 2011 by Blastek and Otto-Beat. Their style is really peculiar and polyhedral: elements of Frenchcore, Hardcore and Industrial can be recognized in their music. Since the beginning of their career Bit Reactors , thanks to their previous experiences and different background, their style can be described as melodic combined with aggressive and heavy sound. The duo received good feedback and started to get recognition from the audience and music providers community not only in Italy but also throughout Europe which led them to travel even more and play at the major hardcore festivals such as Dominator, Masters of Hardcore, Ground Zero, Hardshock and Defqon 1. 2012 was a very important year for this music project. As they continue to travel and play their music across various festivals and venues they get acquainted with established artist Sirio and with him they started a smooth collaboration which enabled Bit Reactors to produce their first hit called “Play my game”. After this release in 2013 Bit Reactors presented their first solo EP called “Losing my mind”. This was a turning point for the duo. In the following years after many experiences and hard-work Bit Reactors released new EPs, tracks and remixes through different labels like Brutale, Audiogenic, R-909, Peacock Records, Industrial Strength, and more. Because of medical issues, Matteo aka Otto-Beat was forced to abandon Bit Reactors and the Hardcore scene during 2017.