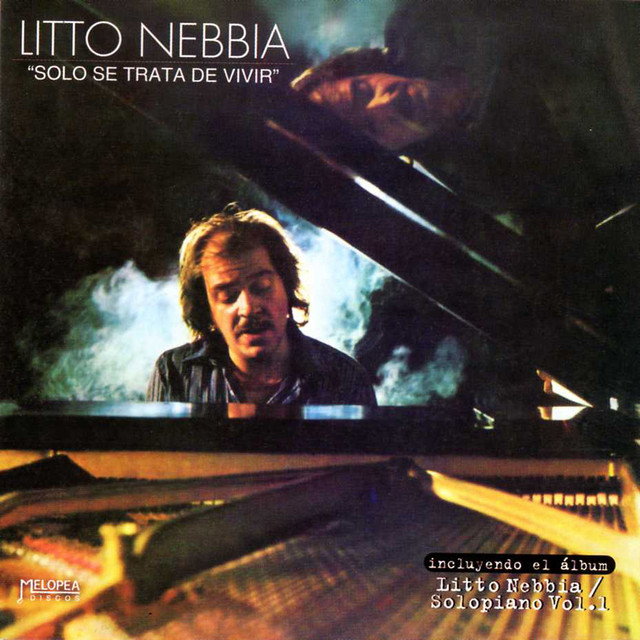 The guitar playing of Litto Nebbia (born Felix Francisco Nebbia Corbacho) has played an important role in the evolution of rock in Argentina. The leader of pioneer Argentinean tango rock band Los Gatos in the early '60s, Nebbia has continued to explore a variety of musical genres, both as a soloist and member of experimental music group Huinca in the early '70s and his own jazz band, the Litto Nebbia Trio. Nebbia's first success outside of Los Gatos came in 1967, when he teamed with Argentinean multi-instrumentalist and vocalist Tanquito to record the dance tune "La Balsa." A major hit in Argentina, the single sold an unprecedented 200,000 copies. Shortly after the song's release, Nebbia left Los Gatos to focus on his solo career. A self-titled debut solo album, released in 1969, included the hit single "El Extracto De Pelo Largo" (The Stranger With Long Hair). Beginning in 1971, Nebbia increasingly fused the folkloric music of Argentina with Western rock influences. This gave his music a very distinct sound. Although he moved to Mexico during the military dictatorship in Argentina, he returned in the early '80s. In May 1983, he performed a reunion concert with former Los Gatos bandmates Juan Carlos Baglietto, Silvina Garre, Fito Paez, and Jorge Fandermote. Nebbia has continued to make his presence felt in his homeland. A CD-ROM, Paginas De Vida, featuring a biography of Nebbia and a historical account of his bands, was released in 1997. The following year, he recorded Nebbia Canta Cadicamo, an album of tangos composed by Enrique Cadicamo. A concert of these songs was performed at the Theater General San Martin. ~ Craig Harris, Rovi