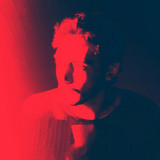 is a Moroccan DJ, record producer and songwriter supported by Cedric Gervais, Klosman, Don Diablo, Dimitri Vegas & Like Mike, W&W, Yves V and twoloud. After the attention he got, he was approached by Kontor Records for a remix of SKIY's (Laura White) song’s “Lullaby” that was released October the 13th 2017, the remix was also included In the Kontor Top Of The Clubs Vol.76 which is a major electronic dance music compilation in Germany. OWLSTAR joined AWAL as an indie artist, and his droping new music every month.