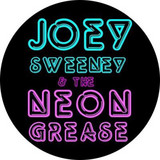 Joey Sweeney has been writing songs and prose since the 1980s. Over the years, he has fronted The Barnabys and The Trouble With Sweeney, as well as being a solo artist. His songs and records have received widespread critical acclaim over the years; of his last record with The Trouble With Sweeney, Fishtown Briefcase EP (which also featured Heyward Howkins and Charlie Hall of The War On Drugs), Pitchfork said “[Sweeney] mixes autobiography and fiction against the group’s 70s-inflected indie pop, resourceful— and unabashed— enough to digress into an E Street interlude or an AM-rock guitar coda.” He’s also garnered curse and praise as a writer of prose, having won the AAN Award for Music Criticism and appeared in Best Music Writing 2002. From 2004 through 2010, Sweeney mostly shied from performing and recording. In 2011, however, Sweeney stepped back into his old role of singer/songwriter, this time fronting the rock band Arctic Splash. In early 2013, Sweeney went on to record Long Hair, with Grammy award-winning producer Aaron ‘Luis’ Levinson, Lushlife aka Raj Haldar, and others. His current outfit, Joey Sweeney & The Neon Grease, are presently in the midst of a run of singles inspired by neon, and grease, and recorded with Elk City's Ray Ketchem and Renée LoBue.