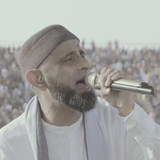 Zain Bhikha has served as an inspiration to people the world over since he first began singing in 1994. He is well-loved by fans young and old and remains amongst the most popular Islamic artists.   As a celebrated artist for over twenty years and more than a dozen albums to his name, Zain’s songs have graced homes throughout the world and touched the lives of others in profound ways. He remains on the Acclaimed Top Muslim 500 List for well over seven years and has been described as an influential global peace and unity ambassador.   Driven by emotion, many of his songs represent significant times in his life and the lessons he has learnt through personal experience. Zain Bhikha’s music further enhances spiritual contemplation encouraging people to be proud of their beliefs, of who they are and to work towards a better, united world. Through his music, Zain delivers messages of faith reassuring people that looking to the Almighty, is the hope mankind needs. His songs are mainly self-composed, performed with no instruments.