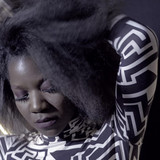 Emily Intsiful was born and raised in Cologne. Her father is from Ghana and her mother is Liberian. Emily tought herself how to play the piano by listening to songs on the radio and "playing by ear". Growing up in a rather poor ans chaotic home Emily's refuge out of her struggles has always been music. In 2013 during her time at The Voice Of Germany Emily had the chance to sing alongside This Is Michael Bublé and OneRepublic which was a huge honour and a wonderful experience.

Emily's musical inspiration is Laura Mvula, Samthing Soweto and Nena whom she sings backing vocals for at her current "Nichts Versäumt"-Tour. Emily's debut album will drop in early 2019.