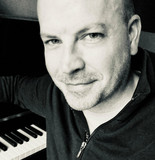 Music lovers of all ages become transported to a less complicated, more relaxed world with Costlow's collection of original piano melodies that showcase the talent and universal reach of his passionate and raw sound. Even though Costlow's music relates to certain genres, his style is not specifically contemporary classical or new age. Costlow delivers emotional and sincere instrumental music to which listeners can easily relate. By the time he was twelve, Rob Costlow was annoying his piano instructor by adding unwritten endings to songs during rehearsals and recitals. This soon brought an end to the lessons that began at age five. "I was not a fan of taking lessons and especially practicing other people's music. It just wasn't for me. I had my own stories running through my head and I wanted to share them with the world," admits Costlow. It was another piano player, platinum-selling, new age artist George Winston, who fueled this rebellion. After one of Rob's brothers introduced him to Winston's music, Rob realized that his musical future would take a different path than the one set by his teachers. "It was so different from the fundamental and classical piano music, full of contemporary dynamics and incredible new melodies," says Costlow. "It's what opened my creative world and drove me to compose. I said to myself..." Visit www.robcostlow.com to read more, download sheet music, and watch videos.