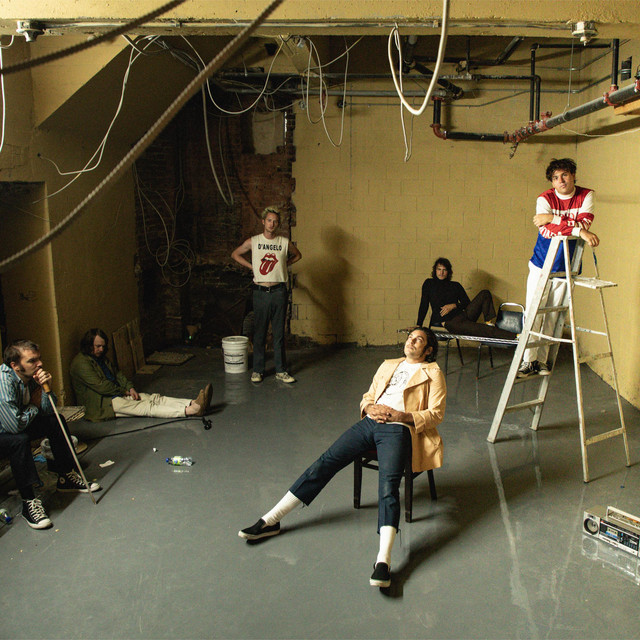 Led by singer Brooks Nielsen and guitarist Matt Taylor, The Growlers have forged their own twisted path on the global music scene since their founding in 2006 in Dana Point, California. They’re the party band that grew into a traveling circus, spawning their own annual event (Beach Goth) and growing an international fanbase, releasing six studio records that trace a line from garage psych ballads to edgy radio pop. On their first three records – Are You In Or Out? (2009), Hot Tropics (2010), and Hung at Heart (2013) – The Growlers combined reverb-rich waves of vintage surf rock with the dark, slow-burn melancholy of outlaw country. Chinese Fountain (2014) introduced a new, disco-infused direction, influenced by their move to Los Angeles. City Club (2016) paired them with producer Julian Casablancas (The Strokes), infusing their sound with Casablancas’ angular melodies and speaker-popping mixes. 2018 brought Casual Acquaintances, a raw collection of City Club-era demos & outtakes that – even as b-sides – ranks with the band’s finest material. Between records they toured constantly, raising their status as icons of the LA music underground, capable of drawing arena-sized crowds for their hometown shows. On their new, self-produced record Natural Affair (2019), The Growlers move their DIY aesthetic into an even sturdier, synthier sound, bolstered by Nielsen’s finest lyrics to date: social commentary, rhymes, and ruminations on the pleasures (and perils) of modern love.