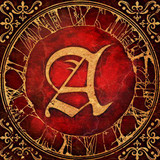 If the bedrock of progressive rock is to throw caution to the wind and to indulge your wildest musical flights of fancy, then Arjen Anthony Lucassen is a modern-day titan of the genre. On March 27 Music Theories Recordings/Mascot Label Group release ‘Ayreon – Electric Castle Live And Other Tales’, a set of last year’s spectacular live performance of the third Ayreon album ‘Into The Electric Castle’. Over four nights at Tilburg’s 013 venue (the scene of Lucassen’s Ayreon Universe series of live shows in 2017) Lucassen, his band and one of modern progressive music’s most emphatic of casts celebrated the 20th anniversary of ‘Into the Electric Castle’ in front of 12,000 adoring fans from 64 different countries who had flown in from around the world.