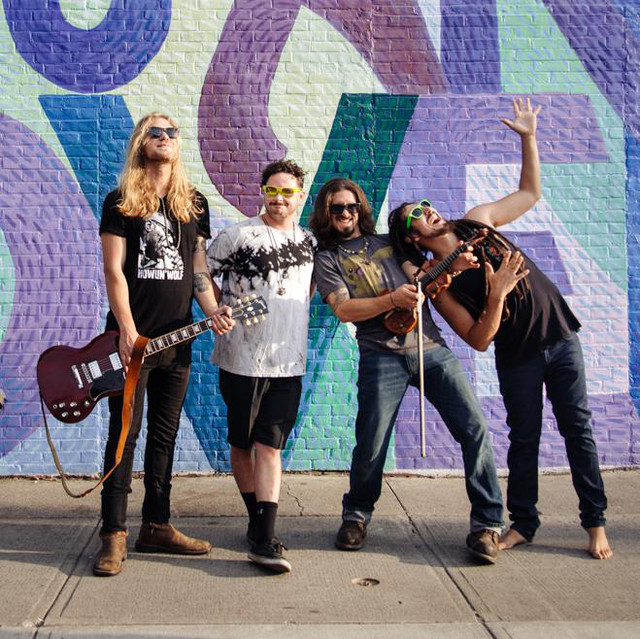 Gang of Thieves are pioneering a new breed of American Rock n Roll, injecting funky riffs, catchy melodies, and electric violin into unforgettable high energy performances. From Music Halls, and Colleges to Preschools, the Gang has captivated audiences of all ages around the globe. The band's recent EP "Totem" (December 8th), was produced and recorded with grammy winning engineer Michael Rosen (Santana, Rancid, Less Than Jake), featuring singles Raise Your Head and "The Way I Feel". GoT was formed in 2009 when cousins Michael Reit (Vocals) and Tobin Salas (Bass) joined forces with close friend Nicholas Wood (Guitar). Since then the Gang has played close to 1,000 shows through 38+ states, receiving the title of “Road Warriors” from publishers around the US. During this time the Gang was joined by family and friends alike on guitar, drums, and horns, only just recently reverting back to a powerhouse 4 piece rock and roll outfit with Taylor Whipple (formerly of The Lynguistic Civilians) on drums. Previous renditions of the Gang can be heard on their Dinosaur Sandwich Party album (2011, 4 Piece), Thunderfunk album (2014, 5 piece), and Born to Be Loud album (2016, 6 piece). “[these] Vermont funk rockers bring forth a new breed of Rock and Roll to create a powerful sound.”-Live For Live Music Rush meets BS&T...Gang of Thieves put on quite a show”-AXS “(Born to be Loud is a) funk-and-roll b*tch-slap”-Seven Days “Gang of Thieves adds a funky flair to a driving rock sound”-Relix