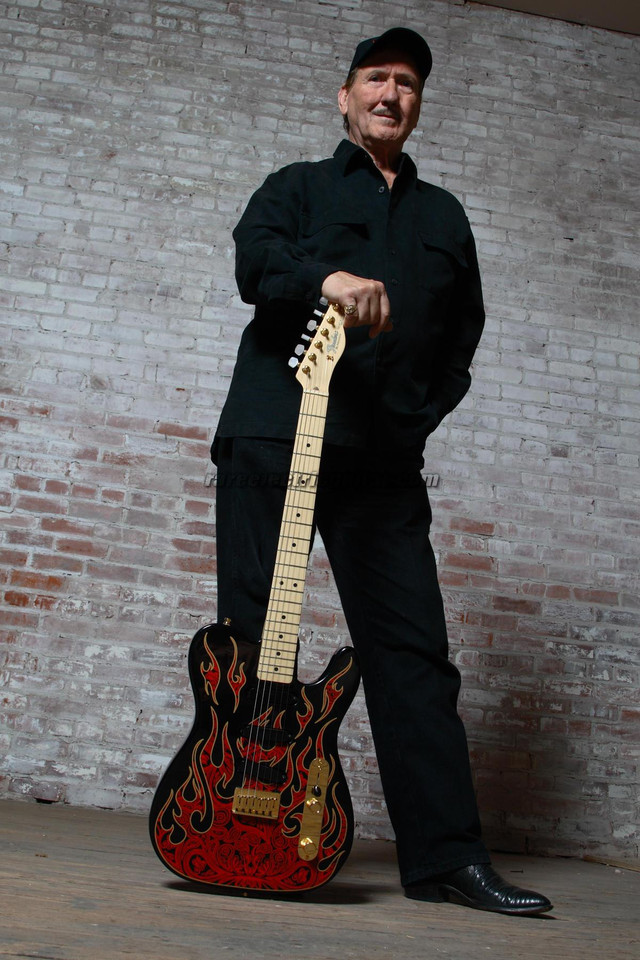 Born in Minden, LA, on August 21, 1939, influential guitarist James Burton got his start in the 1950s as a backup musician on the radio show Louisiana Hayride, where he met Dale Hawkins. Hawkins' 1957 hit, "Suzie Q," was the first in a string of successes to feature the young Burton. A six-year stint (1958-1964) recording and touring in Ricky Nelson's band followed, subsequently landing him a couple of cameo bits on Ozzie & Harriet. Because of his brilliant and unique guitar skills -- he perfected a style he dubbed "chicken pickin'" -- Burton quickly landed jobs as a side musician for a diverse cast including: Buffalo Springfield, the Monkees, Elvis Presley's band (from 1969 until Presley's death in 1977), Gram Parsons, Joni Mitchell, Judy Collins, John Denver, Buck Owens, and Merle Haggard (with the latter two he was an important catalyst in the fine-tuning of the Bakersfield sound). He later lent his talents to several Elvis Costello recordings as well as those by Gillian Welch, Jimmie Dale Gilmore, and countless others. With this schedule, it is no surprise that Burton has only cut two records of his own over a 40-year career; both his 1969 debut, Corn Pickin' and Slick Slidin', and his 1971 offering, The Guitar Sounds of James Burton, provide spotlights on his legendary pickin'. ~ Gregory McIntosh, Rovi