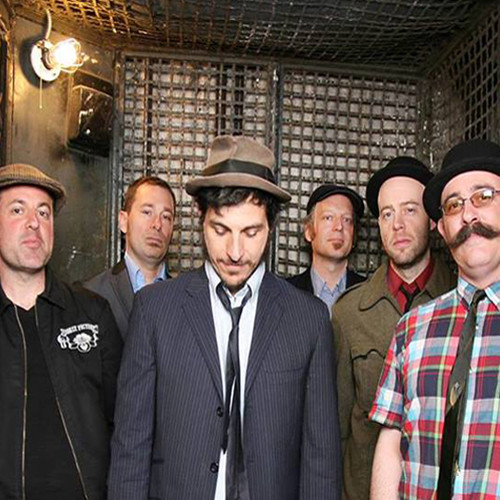 One of the most notable bands to emerge out of the New York City ska revival scene of the 1990s, the Slackers is comprised of vocalist Marq Lyn, vocalist/keyboardist Vic Ruggerio, guitarist T.J. Scanlon, bassist Marcus Geard, saxophonist David Hillyard, trumpeter Jeremy Mushlin, trombonist Glen Pine, and drummer Luis Zuluaga. After beginning their career in 1991 playing rocksteady and ska in the 2-Tone vein, the Slackers moved toward a more traditional style, even adding a horn section in 1994. They issued their debut LP, Better Late Than Never, in 1996, followed a year later by Redlight. The group resurfaced in 1998 with The Question; Live at Ernesto's appeared two years later; Wasted Days, which featured a cover of Bon Jovi's "Wanted Dead or Alive," surfaced in early 2001. Two years later, the Slackers released Close My Eyes, the band's harsh reaction to the events of 9/11 and a reflection of what followed. With that and the band's own personal responsibilities to their families, Close My Eyes highlighted a more mature approach from the Slackers. The International War Criminal EP and the Japan-only Slack in Japan preceded the 2006 release of Peculiar. ~ Jason Ankeny, Rovi