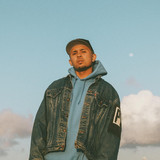 P-Lo has become known as a rising star on the left side of the country known for his catchy raps, energetic production, and smile full of gold teeth. Hailing from the Bay Area, his start came from founding the HBK Gang which revitalized the Bay Area’s once stagnant music scene. As he was crafting his own music, his production for other artists took off with commercial hits for artists such as Yo Gotti, Wiz Khalifa, Chris Brown, Trey Songz, Kehlani, Sage the Gemini, YG, &amp; more. His full length project More Than Anything laid a foundation for P-Lo as he stepped out from behind the scenes with his breakout record “Put Me On Somethin’” featuring E-40. As his fanbase grows and more people get acquainted with the Filipino-American MC, his sound has expanded too with songs that range from melodic records to thunderous anthems.