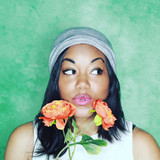 Ellen Hinton, best known as Ellen Once Again, is a Texas-based singer-songwriter who has spent the last decade writing songs that include messages of hope, love, and self-worth.

In addition to her music career, Ellen is also a worship leader and a mother. “From a very young age I knew it was something that I wanted to do.” Different from most kids, Ellen preferred tinkering on the piano more than playing outside. “I was really introverted growing up. I discovered that writing songs helped me express myself and my feelings.” Over the years Ellen songs have been featured on hit television shows like Dance Moms, Shameless, and Hand of God along with movies such as “Fallin Inn Love” and “To The Bone”. The sunny single “I’m Feeling Lucky” was used in a Hershey’s Kisses Deluxe commercial, and the empowering track “Unbreakable” was featured in a Dove and Target spot. Ellen has also been written about and praised in numerous publications, including The Fort Worth Star-Telegram, PopSugar, American Songwriter, as well as various tech blogs for her clever transposition of music and technology. In 2020, The Dallas Observer featured her song