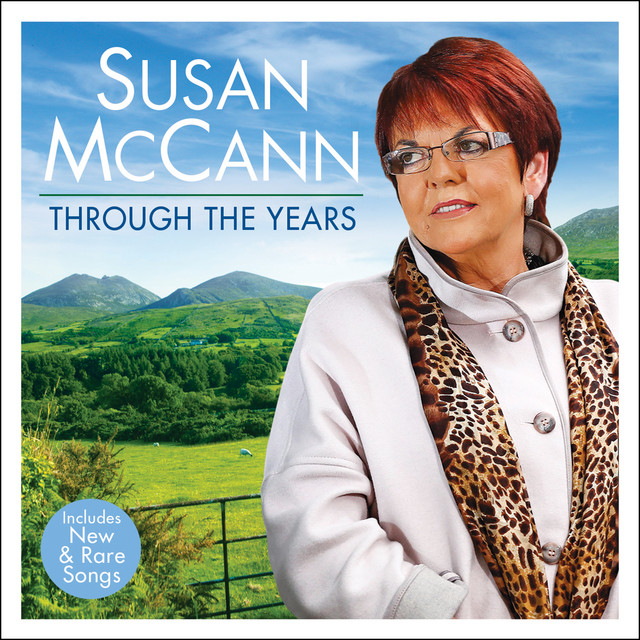 b. Patricia Susan Mary McCann, 26 February 1949, Carrickasticken, Forkhill, County Armagh, Northern Ireland. One of a family of eight children, McCann first sang at local venues at the age of eight and as a teenager, she was the vocalist with a local ceilidh band. She met future husband Dennis Heaney and they decided that since the music business held little security, they should qualify for other jobs as insurance for the future. She became an hairdresser, while Heaney studied accountancy. During this time, with a friend, they formed the Fairylanders, a trio which eventually grew to become the Storytellers. After their two children were born, McCann began to seriously consider her music career. In the mid-70s, she joined Top Spin Records and became fully professional. Her second single, ‘Big Tom Is Still The King’, became a number 1 on the Irish charts and established her as a major artist. (The song was a parody on the Waylon Jennings hit ‘ Bob Wills Is Still The King’ and paid tribute to Irish country star Big Tom). This success saw her tour to the UK and in Europe and in 1977, she made her first tour to the USA. She was badly injured in a car crash in 1978 but survived that and throat problems to resume an hectic touring schedule by the end of the year. In 1979, she returned to America and made her debut on the Grand Ole Opry. During the 80s, she toured Europe with visiting US stars, including Charley Pride and Emmylou Harris and made several appearances on the Wembley Festival. Further American trips saw her play theOpry, Carnegie Hall, Fan Fair in Nashville and in 1988, she became the first non-American to appear at Dolly Parton’s Dollywood Theme Park, near Knoxville, Tennessee. In 1991, she was also the first non-American artist to headline at the popular Strawberry Festival in Plant City, Florida. She returned to the show in 1992 and again in 1993, when she also appeared in a major concert at the special request of Gulf War hero, General Norman Schwarzkopf and has also sung for President George Bush. In 1993, she became one of the few country stars to perform in Russia. By 1998, she had starred on the Strawberry Festival on five occasions, made two tours of South Africa and in 1998 she topped the bill at the Belgian Country Music Festival. Over the years she has recorded a steady stream of albums on various labels, some being recorded in America under the production of Porter Wagoner. Maintaining a mixture of Irish and country, she has regularly found success in the Irish charts with songs such as ‘When The Sun Says Goodbye To The Mountains’, ‘While I Was Making Love To You’, ‘Rockabilly Can Rock’, ‘String Of Diamonds’ and ‘Blue Velvet’.