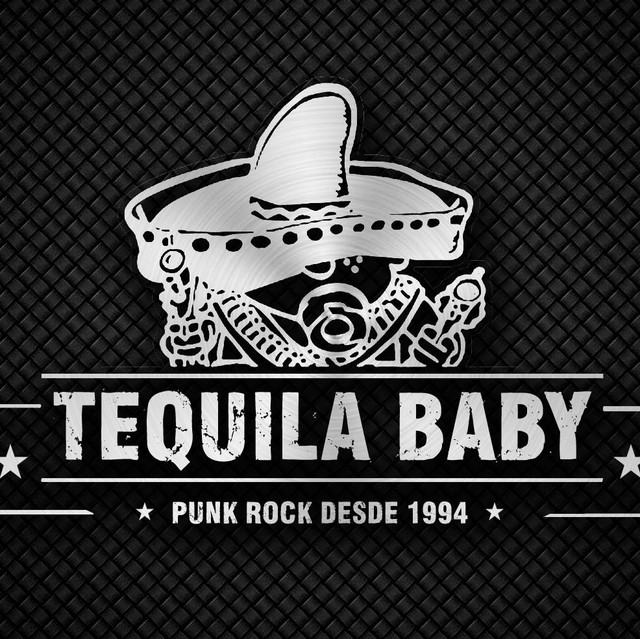 Tequila Baby is a Brazilian punk rock band formed in Porto Alegre in 1994 by Duda Calvin (vocals), James Andrew (guitar), Rodrigo Deltoro (bass), and Didi Gloor (drums). Like many other garage bands, Tequila Baby's beginnings were humble. Lacking money and decent instruments, the band earned a little by performing in the smaller bars of their hometown and its coastal region, often using borrowed or rented equipment. Eventually they saved enough to record a demo tape with two songs: "Sexo, Algemas e Cinta-Liga" (Sex, Cuffs & Garterbelts) and "Malandro do Bonfim" (The Scamp of Bomfim), both of which drew positive feedback from local radio. The band kept composing new songs and on March 17, 1995, recorded the demo Fiesta, Sombrero e Rock n' Roll live, and in just four hours, at Isaec Studios. In that same week, the band played at Bar Opinião for a Brazilian MTV showcase called Eletrika Live. By selling their old Fabian drums, they managed to make 30 copies of the demo. They distributed 20 of the tapes to the most important members of the Brazilian press who attended the event, and sold the other ten. Using the proceeds, they made 20 more. With the proceeds from those, they made 40 more, and so on, until they had sold 1,000 -- an impressive number for a local garage band. The band spent 1995 marketing their demo. One year and 36 shows later, Tequila Baby signed a contract with the label Antidoto, a subsidiary of ACIT Records. In January 1996 they began recording their first, self-titled album. By 1997 Antidoto had signed a distribution contract with the multinational PolyGram, and Tequila Baby was considered the biggest revelation of the year by Showbizz, an important Brazilian music magazine. Also in that year, one of their songs, "Minha Menina" (My Girl), was included on a television series soundtrack. The band returned to the studio in January 1999 to record Sangue, Ouro e Polvora (Blood, Gold & Gunpowder). The material for the second album, with a more hardcore feel, produced several hits for the band, but the live album that followed in 2001 didn't generate much reaction. Tequila Baby's third studio effort, Punk Rock Até os Ossos (Punk Rock to the Bone), was released in 2002 with production by Daniel Rey and featuring Marky Ramone on the drums in one song. In August 2004 the band released their fourth studio album, A Ameaça Continua (The Threat Continues), bringing back the energy of the early Tequila Baby. However, that same year Rodrigo Deltoro and Didi Gloor decided to leave the band and were replaced by Otto Branco and Rafael Heck. Reuniting with Marky Ramone in 2005, Tequila Baby performed a small tour in the south of Brazil, including a few Ramones covers in their set list. The next year a collection from this tour was released on a new live CD and DVD. ~ Wilson Cordobe, Rovi