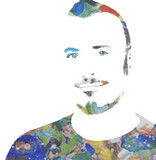 Stylistically somewhere between Sam Smith and Andrea Bocelli, Terry Barber is an international touring & recording artist, singer, actor, producer. Past member of multiple Grammy winning Chanticleer, he has been a soloist at many of the best venues around the world, from the Metropolitan Opera to Moscow’s Svetlanov Hall. He can be heard on recordings with a variety of artists from Madonna to the London Philharmonic, and his most recent solo album was considered for 8 Grammy nominations. Terry Barber began his education as a double major in engineering and music at Northwestern University we he completed the musical theater program and a music technology certificate. He received his Master degree in historically informed performance degree and a postgraduate certificate with distinction from Trinity College of Music, London. Barber has also completed at certificate course in nonprofit management from Duke University. Barber is founder of Artists For A Cause Inc. (A4AC.org), a nonprofit which supports artists who serve community needs.