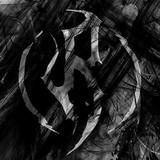 South Africa over the last few years has seen many of its musical exports achieve success on a global scale, Rhakshah foresees their trajectory as the next to break out of the dark continent with it's immersive, chaotic take on technical death metal. Their debut album "The Solemn Fracture" was mixed and mastered by Heinrich Köllner of Burning Tone Studios and later released in March of 2019 to a welcoming reception. After touring nationally, Rhakshah continues to intricately shape their own unique sound, drawing from influences of Jazz, Neo-classical, Melodic death, and thrash metal.

Formed in 2015 by frontman/lyricist Nathan McClure and lead guitarist/songwriter Justin Ross, the project drew the attention of local drumming wunderkind Jonathan Burgers (Thread of Omen) and seasoned guitar/banjo player Arno van Zyl (Crimson House). The 5-piece was completed after recruiting bass player Thariq Taladia (Creating the Godform). Later in 2017 - Independent blues singer Kathleen Rose Goss was asked to perform on their title track "The Solemn Fracture" and has since joined the band full time. 2020 marks the year that Rhakshah will be releasing some new enigmatically eviscerating material. Their latest single "Monomaniac" drops in the fall.