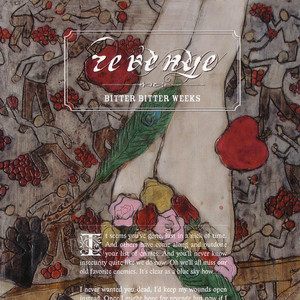 Bitter Bitter Weeks captures a melancholy, yet darling indie country sound, and behind the screen is multi-instrumentalist/producer Brian McTear. McTear, formerly of Marinernine, is best-known for producing material by Matt Pond PA, Mazarin, Lefty's Deceiver, and Burning Brides. He and Jason Knight also founded Miner Street Recordings in McTear's native Philadelphia in mid-1996, supporting acts like Eltro, the Lucys, and Trouble with Sweeney. When the new millennium rolled around, McTear moved out from behind the soundboard for his own project, that being Bitter Bitter Weeks. A deal with My Pal God surfaced in mid-2002; a self-titled debut appeared in January 2003, followed by the slightly more polished Revenge one year later. Three years later, the band returned with Peace Is Burning Like a River. ~ MacKenzie Wilson, Rovi