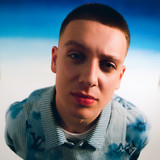 Listen to the latest track Rain, Aitch x AJ Tracey Feat. Tay Keith. Aitch is an Independent British Rapper and Songwriter hailing from an area called New Moston in North Manchester. He started his musical career like many other’s, freestyling with his group of friends on the school yard. His skippy flow and crafty lyrics made him stand out amongst his peers which then led him to sign with Manchester based Entertainment Company Northern Quarterz and shortly after releasing his career defining 'Straight Rhymez' Freestyle which has accumulated over 5 Million Views within 5 months. In Aitch’s short career he has already performed with greats like Wiley and Bugzy Malone and received co-signs from global figures such as Stormzy, Virgil Abloh, Charlie Sloth and Lil Durk. Still Only 19 Aitch is born with the undeniable potential to become on the UK's biggest acts in recent years, he will surely be an indisputable force to reckoned with in the coming years.