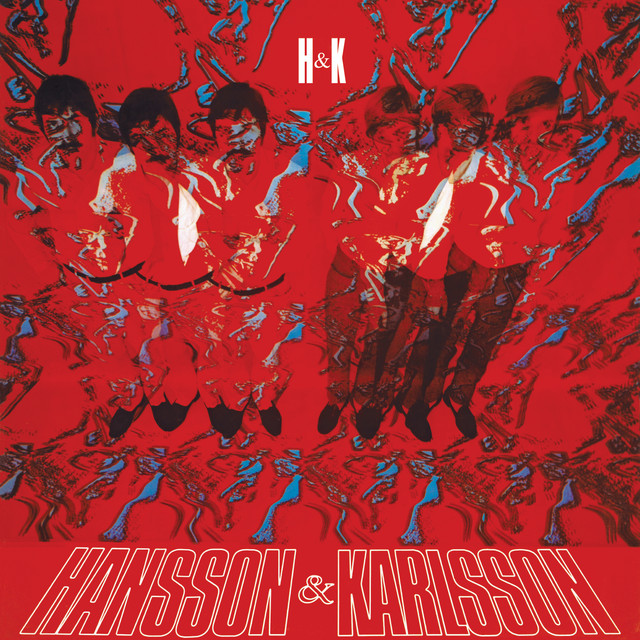 The two members of Hansson & Karlsson are both better-known for other things -- Bo Hansson as the composer of the progressive fantasy album Lord of the Rings and Jan Karlsson as a second-rate actor. But playing together in the '60s, they were among the most important Swedish progressive bands, and possibly the band reaching the most fame abroad in the '60s. They played with acts like Frank Zappa, Cream, and Jimi Hendrix. When the '60s ended, and as Hansson & Karlsson were getting big in progressive circles in Europe, their career came to a halt after conflicts between the two and with their manager. Karlsson also ran the most lively progressive club in Stockholm, Filips, where, except for Hansson & Karlsson, bands like Träd, Gräs & Stenar and Mecki Mark Men played. In 1966, jazz drummer Jan Karlsson was introduced to the former bassist of the Merrymen, Bo Hansson. The latter was still a novice at the organ, but Karlsson was so impressed with what he heard that he invited him to form Hansson & Karlsson, an instrumental drum and organ duo. Their music was built on improvisation and they seldom knew what they would play before concerts. As part of the Swedish progressive movement in the late '60s, they drew their folk music influences from bands such as International Harvester and Träd Gräs & Stenar. But they were also influenced by jazz and employed a heavy organ sound before it was common in progressive rock, something that would later lead to Hansson's internationally successful Lord of the Rings. Hansson & Karlsson's debut, Monument, was released in 1967 and was followed by Rex, recorded live at numerous concerts around Sweden. By now, they had gotten to know Jimi Hendrix, whom they met after a concert at one of his visits to Stockholm. They played together a number of times and Hendrix also recorded the duo's song "Tax Free." The third album, Man at the Moon, was released in 1968, and while being famous at home, the group also started to get more well-known in Europe, although without ever having a real break. A chance to change that came when they were invited to play at a concert in Switzerland that would be televised all over Europe. The other three acts were Jimi Hendrix, Procol Harum, and Cream, and all were to be granted equal focus in the advertisements and on the posters. But misunderstandings, or maybe downright skulduggery, with the manager had Hansson & Karlsson performing in the Northern Swedish town of Boden instead, for a slightly higher pay, but to very little international attention. This was the start of the end for the duo, and while recording one more, rather uninspired album, they broke up in 1969. Karlsson took up playing with Lasse Werner again, and later set out on an acting career, mainly focusing on comedies. Hansson's biggest musical achievements were still ahead, at least commercially and in an international perspective. In the '70s, his album Lord of the Rings sold millions of copies and charted in both Europe and the U.S. With a revived interest in progressive music in the late '90s, Hansson & Karlsson reunited for a number of minor concerts. ~ Lars Lovén, Rovi