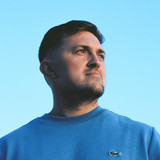 The world of dance music is an impetuously-changing landscape, complemented by new names, faces, styles and trends. Spartaque has been a distinguished presence on the circuit for well over a decade now, winning the respect and admiration of thousands of clubbers from every corner of the globe. Hailing from Ukraine, the tenacious DJ, producer and industry figure is wholly dedicated to his craft, championing a driving strain of underground music that evolves with the times. In 2005, aged just 19, the world of dance music began to open up for Vitalii when he was contacted by Virus Music to release his first official production with them. It was just two short years later when the unknown Spartaque first gained access to the big stage, delivering an emphatic debut performance at Ukraine’s first major festival, Global Gathering, and subsequently securing his residency at the event. Following this, his career steamrolled into quick maturity, with appearances at Love Parade, Kazantip and Mayday, among many other iconic events on both sides of the Atlantic. Now, Spartaque has made the move to Barcelona, Spain, where he resides full-time and works daily in close conjunction with Analog talent agency. In addition to a busy release and touring schedule, the accomplished talent founded IAMT Music Group with fellow Greenjack. Curator of playlists: Techno 247 🚨 Top Tracks 2020, Codex Family🚨Top Techno 2020, Codex Recordings - Techno Delivery 2020 and IAMT - Techno Delivery 2020