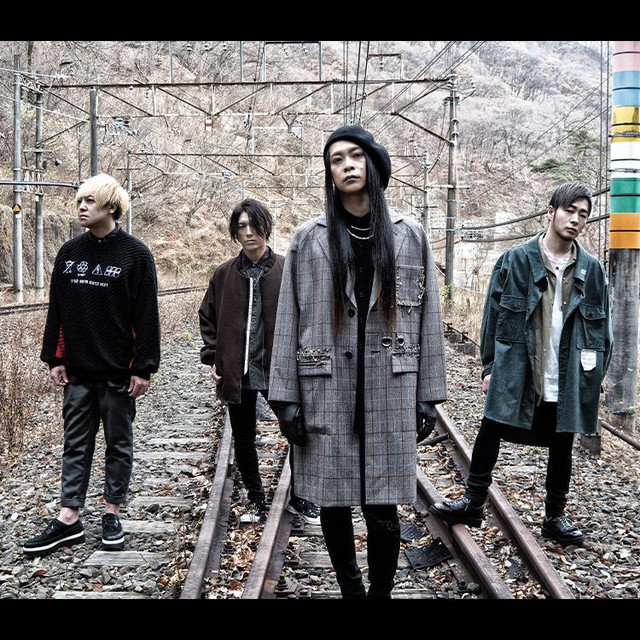 Members of the Japanese visual kei movement of the 2000s, Mucc have managed to stand out from the rest of the pack due to their flexible approach to songwriting, which has incorporated nu-metal, industrial, technical thrash, and even disco, all laden with catchy hooks. The band was formed in 1997 by vocalist Tattoo (in 2000, he changed his stage name to Tatsurou), guitarist Miya, bassist Hiro, and drummer Satochi, and was named after a character from a TV show (they're known as 69 as well, since "six nine" is pronounced as "mucc" in Japanese). Despite their youth -- in 1997, all the members were still in high school -- Mucc quickly obtained a deal with the Misshitsu Neurose label, thanks to the involvement of Ao from Cali Gari, who took interest in the band. That was only the beginning, because the time until 1999 was spent on live shows, demo tapes, and lineup shifts -- Hiro was replaced by Yukke -- but by the end of 1999 the band finally had released its studio debut, the Antique EP. It didn't chart, but it attracted the attention of the Japanese media. Mucc delivered their debut full-length, Tsuuzetsu, in 2001, followed by another EP, Aishuu, that same year. The next album, Homurauta (2002), was released on Shu, the sublabel of Danger Crue, run by the band itself, and it sold out in under a month, prompting Universal to pick up the distribution for Mucc in 2003. That year, Mucc's major-label debut, Zekuu, featured a significant stylistic turn, putting off some older fans but bringing the band a lot of new ones: by the end of 2003, Mucc were sharing a festival stage with Gazette and Miyavi. A nationwide tour and the release of their fourth album, Kuchiki No Tou, both in 2004, established Mucc as a hard rock force big enough to be invited to the Wacken Open Air festival in Germany during the summer of 2005 (they've played more German and French venues as well) and gave the band the boost to push even harder. Mucc released three albums in 2005-2006, including 2006's experimental and stylistically varied Gokusai, and debuted in the States at the 2006 Otakon convention in Baltimore. They returned to Europe and the U.S. during the following year, and were featured in the massive European/American tour Taste of Chaos 2008 along with Avenged Sevenfold, Bullet for My Valentine, and D'Espairs Ray. In 2008 Mucc also played at the Hide Memorial Summit along with J-rock stars X-Japan, Luna Sea, and Dir en Grey, and released their eighth full-length, Shion. ~ Alexey Eremenko, Rovi