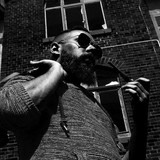 Neon Insect is an alias by German vgm/soundtrack artist and audio engineer Nils Sinatsch, who is heavily influenced by the industrial music genre. Due to the nature of modern soundtracks, Neon Insect covers a wide variety of genres ranging from classical compositions to experimental electronic music. Regardless of the genre, the music of Neon Insect usually has a dark and heavy undertone and usually features very experimental sound design on it's tracks. The first album Enigma (and until 2017 the only album) was released in 2007. Back then the music was heavily inspired by Goa and other electronic genres, before Sinatsch started to pursue a career as a soundtrack composer. Destination Sol #1 marks the first soundtrack release and the first official release overall since "Enigma". This release from 2016 contains the first set of dark ambient tracks composed for the independent video game Destination Sol. Along with the singles Prelude and March for the Core (The Abatron Original Soundtrack), the first full album since 2007 Abatron (Original Soundtrack) was released in 2017. With Glitches, Sinatsch introduced a stand alone concept album early in 2018. It marks the return to industrial music for Neon Insect and featured the European dark electro pioneer Leæther Strip on Lltq. Brutal Resonance - one of the most established industrial webzines in Europe by the time - ranked Glitches as the 12th best Album of 2018.