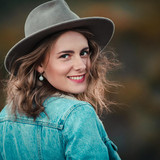 The Story So Far ... The story of Hudson Rose starts with a girl, a guitar and a dream. Just three years ago the young singer-songwriter picked up the guitar to explore her love of singing, writing and country pop. It wasn’t long before she was gigging up and down the Mid North Coast - leaving audiences captivated by her strong vocals and emotive performances of originals and covers. Her stage, or should we say ‘street’ presence, impressed judges of the 2018 Tamworth Country Music Festival’s busking competition - where she was chosen out of hundreds to perform on the festival’s main stage as a part of the top 10. Returning to the festival a year later she booked more shows than ever including a support slot for Queensland band Homegrown. In 2020, Hudson Rose performed her first headline show in her hometown of Wingham and live streamed performances including supporting Rai Thistlethwayte (Thirsty Merc). This year will also see the release of her debut single. For fans of Kelsea Ballerini, Keith Urban, Thomas Rhett, Brad Cox and Melanie Dyer - Hudson Rose’s relatable songs could just be what you are looking for, for your next playlist. At just 18 years old Hudson Rose is an impressive new voice on the country music scene in Australia and one to watch as her story unfolds.