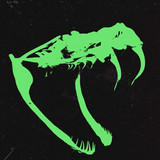 Portugal’s Terror Empire kick off the 2020’s with fresh new music that’s set to kick you down your seat. “Snake Nest” and "Hunt the Traitor" is the first couple of tunes off a series to be released during the year, in order to celebrate more than 10 years of heavy music. While the pace and riffery is still fast, there’s a new dimension to the portuguese band that make the band sound a little bit different. This new song is somehow more direct and straightforwad, and adds a ton of weight to riffs that just sound massive. Ricardo Martin’s vocal performance has also upgraded for these new tunes, with catchy choruses that you can sing along to without losing their fed-up edge. As for the lyrics for Snake Nest, “they are all about power and betrayal; about those who do try to make a change but are stabbed in the back during the process”, the vocalist sums up. The main songwriter and guitarrist Rui Alexandre says he “tried to write riffs that would sound huge, a soundtrack to you breaking your neck”. There’s still plenty of blast beats, “but everything is so raw and there’s this strong and powerful energy that gets you hooked in a way that traditional thrash just doesn’t seem to do”. Terror Empire aren’t trying to reinvent the wheel, though. Recorded, mixed and mastered at Golden Jack Studios Coimbra by the drummer João Dourado, “you can hear a lot of old school influences blending in together to make this sonic attack”, Rui adds.