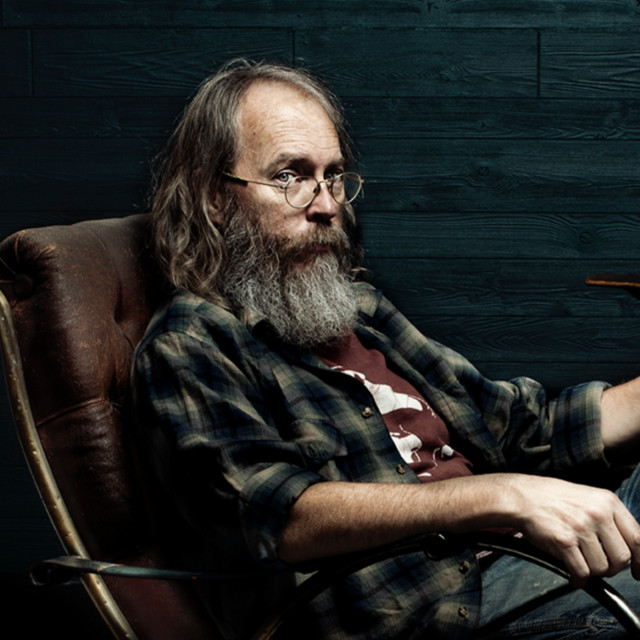 Singer, songwriter, and guitarist Charlie Parr is a Minnesota-based roots musician whose organic style is deeply tied to the blues and folk traditions of an earlier era. Raised on the music of Charley Patton, Lead Belly, Rev. Gary Davis, and Woody Guthrie, Parr's blue-collar upbringing in the city of Austin, Minnesota (home of Hormel Foods and SPAM) and its rural surroundings are reflected in his life and musical styles. Throughout the 2000s, he toured constantly and released numerous albums either independently or on small labels. In the latter part of the decade, he became a surprise success in Australia when one of his songs was used in a popular commercial. In the 2010s, Parr found a steady home on the Red House label and delivered standout albums like Stumpjumper (2015) and Dog (2017) before an accident temporarily left him unable to play guitar. Following his recovery, he returned with an eponymous 2019 album that mixed new songs with updated versions of highlights from his canon. Parr began his career in Duluth on the western shore of Lake Superior, where he recorded his 2002 debut, Criminals & Sinners. Over the next decade, he would continue to use Duluth as his home base, touring regionally and nationally, recording his unique albums in unusual spaces (warehouses, garages, living rooms, storefronts), and often employing vintage or lo-fi techniques to capture his mix of traditional blues, folk, and spirituals along with his own powerful songs. In 2008, his song "1922 Blues" from his second album, 1922, was used in a Vodafone commercial in Australia and New Zealand and became a surprise success. He has since enjoyed a number of successful tours and releases in Australia, where in 2010 three of his songs were used in the Australian Western film Red Hill. With his throaty voice, National steel guitar, and banjo, he has been compared to Dave Van Ronk, Dock Boggs, and even Tom Waits. Usually a solo performer, his 2011 release of all-traditional tunes also featured several guests, like his wife, Emily Parr, on vocals and members of the indie group Low. With over a dozen records to his credit, both self-released and on small national and international labels, Parr signed with Grammy-winning folk label Red House Records (Greg Brown, John Gorka, Loudon Wainwright III) to release 2015's Stumpjumper. Produced by Megafaun's Phil Cook in North Carolina, Stumpjumper marked the first time Parr had recorded a solo record with a full backing band. Following his 2016 EP titled I Ain't Dead Yet, he returned with the full-length, Dog, in September 2017. The next summer, while skateboarding with his daughter along Lake Superior's shore, Parr took a massive spill, shattering his right shoulder. The subsequent surgery left him with a metal plate and eight pins holding together his shoulder, and he set about relearning his guitar technique. The accident prompted some reflection and he took stock by recording a self-titled album consisting of a handful of new songs and some re-recorded highlights and fan favorites from throughout Parr's career. It was released by Red House in September 2019. ~ Timothy Monger, Rovi