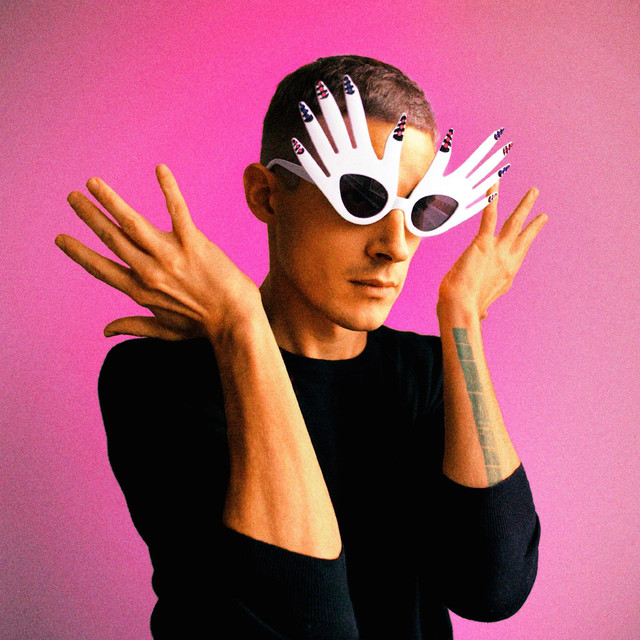 Dinner's gritty yet glamorous synth pop is the project of Danish producer/vocalist Anders Rhedin, who spends his time in Los Angeles, Berlin, and Copenhagen. A former member of Choir of Young Believers, Rhedin began Dinner with the intention of someone else singing his songs, but when he went into the studio with ex-bandmates Jannis Noya Makrigiannis and Cæcilie Trier (also of CTM), they convinced him to contribute lead vocals. Recorded over the course of two days, the You Are Like L.A. EP arrived in 2012 via Looking Forward, and introduced Dinner's dreamy, lo-fi electro-pop. Rhedin returned in 2013 with the slightly fuller-sounding Girl EP, which he said was inspired by "the divine feminine." The following year, he released a guided meditation tape as well as Dinner's third EP, Oui!, which was released by the Austin, Texas label Red Eye Transit. Captured Tracks issued the collection Three EPs: 2012-2014 in 2015, while Rhedin worked on Dinner's debut album. Recorded in Copenhagen and Los Angeles, 2016's Psychic Lovers presented a more streamlined, cohesive version of Rhedin's '80s-meets-2010s electro-pop. For the following year's New Work, he took a different tack, working with producer Josh da Costa in a spontaneous approach that included four-track recordings and collaborations with Sean Nicholas Savage and Blouse's Charlie Hilton. ~ Heather Phares, Rovi