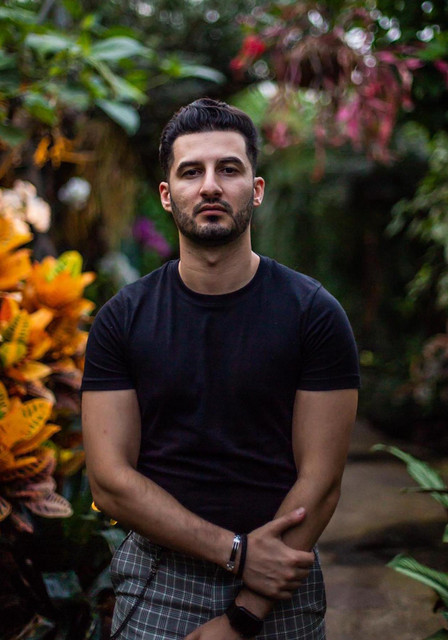 To understand what an incredible feat it is for someone like Hoger to pursue a career within music we must go back in time... to a period when Hoger was a young boy that could not speak yet he could sing. He sang and danced on tabletops to the delight of his parents and the rest of the family who didn’t think much of it. He was a cute kid, a born entertainer, but no one ever expected him to do anything with his talent. In fact no one would allow it. When Hoger took his first steps towards becoming an artist he was faced with heavy resistance from his family. It was unheard of that Hoger, who came from a strict Middle Eastern family, would be allowed to follow that path. Music was just a hobby, not a career. Now with his family’s unconditional love and support, he is putting in 110% and encourages everyone to do the same. Hoger’s dream was terribly out of reach, yet he continued to hone his skills, teaching himself to write and record music in his bedroom and passing this onto his little sister. To this date, Hoger has worked as a songwriter with artists such as his sister Naaz, Yellow Claw, Cher Lloyd and many more. His music deals with universal themes such as love and pain, where raw emotions are expressed alongside melancholic pop melodies. Every song is written in the shape of a story with a corresponding video shot in the form of a short movie. Hoger is currently working on his upcoming EP, with plans to tour in the future.