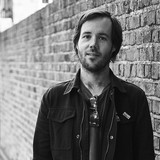 Pianist Casey Golden is a forward-thinking musician, active as both a bandleader and session musician in Australia and the UK. He has maintained a constant presence on the Australian music scene for the past 10 years, releasing numerous recordings under his own name as well as contributing to many more as sideman, composer and producer. His own albums have consistently received high critical praise from publishers including All About Jazz (US), Jazzwise (UK), The Sydney Morning Herald, The Australian and Jazz Journal (UK). Currently, Casey is a member/co-leader of improvising trio States of Chaos; one half of future electronic project This Week in the Universe; and leads his own band, featured on his latest release 'Atlas' (2018) ‘A brilliant improviser with a highly developed melodic sensibility’ The Australian ​‘Golden further cements his reputation as a pianist of sheer class.’ Jazzwise (UK) ​