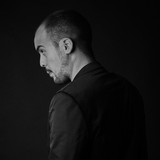 Fran Mahema born in Madrid, Spain on May 15, 1990, is a disc jockey, creative, entrepreneur and producer of electronic music that fuses various genres such as Dance, Edm, Reggaeton, Pop, Hip Hop, Dancehall, Electro, House and Rock. Started in art since he was 7 years old, he began his musical career at the age of 19 as a disc jockey in local nightclubs. These beginnings led him to travel throughout large parts of the Spanish geography with national and international artists in events such as Fanatik Club, Raza and Sünder Club among many others. After this period playing as a DJ, he began to experiment with all musical genres to create his own musical line, a line in which there is room for many styles supported by an electronic influence. This leads him to work on his first album, new projects, his label and many singles that get his first music hits, the support of famous playlists like Spotify or Calvin Klein and a distribution agreement with AWAL of Sony Music with which he will soon release his first album.