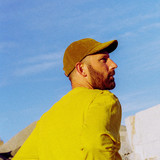 Unexpected moments often yield the most beautiful results. That’s how Mat Kearney arrived at his sixth album, January Flower, a collection of honest, stripped down songs that brings the Nashville-based, Oregon-born musician back to his singer-songwriter roots. In January of 2019, Mat packed his recording gear and decamped to a house in Joshua Tree with his childhood friend Marshall Roeman, a painter, and songwriter Eli Teplin. The plan was to use their two weeks in the desert to create and record, but a massive storm hit, deluging the area in record rainfall and shutting down their power. With just the light of the wood burning stove, Mat took the opportunity to explore music from a new angle, armed with only his voice and an acoustic guitar. January Flower recalls Kearney’s early work on his gold-selling album Nothing Left To Lose, veering in a different direction from his 2018 album CrazyTalk. The album was also inspired by his acoustic tour in February 2020 to promote the 10th anniversary of The City of Black & White, which was the last time Mat was on the road before the pandemic. His vast touring history, which includes treks with John Mayer, Sheryl Crow and NEEDTOBREATHE, is evident in the vibrancy of the songs, as is his enduring success as a recording artist. Kearney has released five albums in the Billboard Top 200, with three in the Top 20, and has seen his songs placed on shows like Grey’s Anatomy, 30 Rock and NCIS. Overall, he has over 2.5B global streams.