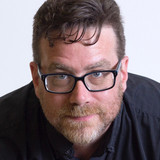 Equally at home composing in solitude or collaborating with other artists, Gregory Wanamaker creates music that is at times lyrically expressive while at others athletically virtuosic. His eclectic sound world responds in kind to a variety of extra-musical influences ranging from the simplicity of a still life painting, the emotions of a dramatic narrative, the graceful or angular lines of a landscape, or the visceral discourse of the moment. Wanamaker’s music has been described as “pure gold, shot through with tenderness and grace” (San Francisco Chronicle), “achingly beautiful” (Palm Beach Daily News), "deeply romantic yet unsentimental” (I Care If You Listen), and “a technical tour de force” (Fanfare). Gregory’s earliest musical training began at age 6 in summer stock theater companies, continuing with explorations through American folk music, bebop and free jazz, and classical music. He continues his study of sounds to those from around the world, to draw from a variety of musics to inform his continually evolving voice. His recent album Light and Shadows, Waves and Time features musicians from around the globe in world premiere recordings of his recent chamber works. Released by Navona Records, his discography also spans several other commercial labels including Naxos, innova, Equilibrium, Albany, Centaur, Blue Griffin, Soundset, Mark Custom, White Pine, and Summit. He proudly publishes his own music - available exclusively at www.gregorywanamaker.com.