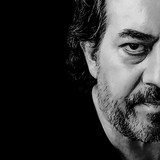 Paul Kitchen is an American Singer-Songwriter-Musician, who has recorded 23 albums of mostly original songs between 1977 and the present. A multi-instrumentalist, Paul Kitchen often plays all of the instruments on his albums, and performed with the band Petty Tyrant in the late 1980s. An interesting fact is he learned to play the guitar upside-down ala Albert King. Paul Kitchen's best selling song is "Daddy's Little Girl", from the album A Matter Of Time in 2001. After a 14 year absence, "Living With Fiction" was released in December 2015. "Everyone Says Hi", a tribute to David Bowie was released February 24, 2016, followed by the covers album "Wheelhouse" released May 21, 2016. His latest album "Blue Tattoo" was released March 31, 2018.