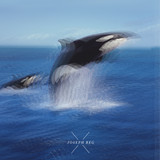 Imagine a weightless state where the distinction between your thoughts, your body and the world around you dissolves entirely to become one, cohesive organism. The soundtrack to that is Joseph Beg. Born in Sweden but raised in Russia this ambient producer holds a holistic approach to music and the reasons for producing. Hailing from a deeply rooted longing to explore his inner world through sound he doesn’t consider it a choice as much a natural outcome of things. Yoga and meditation are fundamental tools in his life, including his work as a physiotherapist, and ultimately he sees his music as an extension of the practice of these ancient teachings. His work combines traditional meditative tunes with vaporwave aesthetics creating a universe of sound and resonance that’s infinite yet precise in execution.