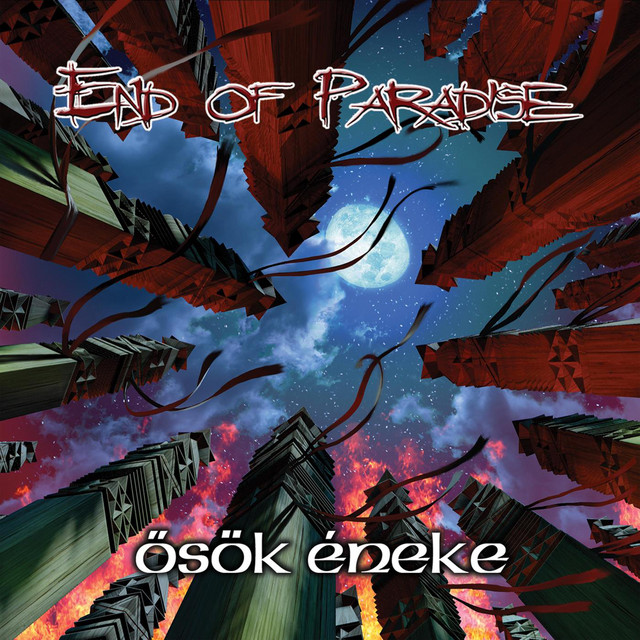 End of Paradise is a hungarian heavy metal band formed in 2008. By the original line-up the first EP was made almost by the end of the year, just to be followed by the first, self-published album (2011 – „Ne add fel”) two years later. 2014, a 2nd EP came out („Ítélet gyűrűje”). Also, a music video was shot for the EP's opening song, „Ébredj Fel”, directed by Mihály Balogh. . In the year 2015, another official album had been released under the title „Hétköznapi túlélő”, published by Nail Records. Still under the label of Nail Records, the next official release was announced in 2017 („A kiválasztott”), and was published as an annex of magazine HammerWorld. In 2020 the band's 4th official album is released („Ősök éneke”) by Nail Records. http://www.endofparadise.hu