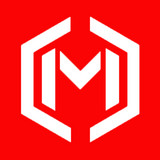 Messer is: Dereak Messer, Lead Vocals Johnathan Simmons, Guitar/Vocals Kenn Youngar, Drums/Vocals Maddox Messer, Bass/ Vocals After the unexpected break amid the Global Pandemic of 2020 the men of Messer are recharged and ready to pick up where they left off. Messer have signed a deal with Nashville based Curtain Call Records in May of 2021 and the band has released their first cover song under the newly inked deal. Their cover song “Name” by the Goo Goo Dolls was released in June of 2021 to all streaming platforms and was quickly picked up by several radio stations. In addition to “Name” the band has recorded a Youtube only Video release of “With Arms Wide Open” by Creed as an homage to the fans that support and motivate the band to keep making new music. Messer is set to release their new single “Everything Beautiful” with an animated video to accompany in July of 2021 created by deadeyes art (Attack Attack) The band plans to follow up with a another new single in early Fall 2021. With several dates already booked for 2022, the future is shaping up for Messer to continue cutting a swath through the noise, carving out their place in rock music and solidifying their unique brand of positive messages and music that cuts to the soul. Catch Messer on tour and experience the Messer machine for yourself.