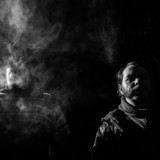 Even among a Norwegian post-black metal scene that spawned such boundary-stretching and, at times, downright odd bands as Ulver, Arcturus, Dodheimsgard, and Solefald, the duo Fleurety stood out as especially unusual. Branching out from their origins as a more purely black metal-oriented outfit to include elements of trip-hop, jazz, electronica, contemporary classical music, and prog rock in their style, they surprised and often confounded listeners, critics, fellow bands, and even their own record labels. The duo formed in 1991 and consisted of Alexander Nordgaren (guitar, bass, vocals) and Svein Egil Hatlevik (keyboards, drums, vocals). Their first demo, Black Snow, came out in 1993 and was followed the next year by a re-recorded 7" of the same material, this time entitled A Darker Shade of Evil. Their official full-length debut, Min Tid Skal Komme, came out in 1995 on the British Misanthropy Records label. This album was critically well received, but Fleurety did not release any new material over the next few years, though, due mainly to record label problems -- Misanthropy dropped them for allegedly being "too weird," plus the duo ran into numerous delays with their new label, the smaller Supernal Music. During this period, Hatlevik joined Dodheimsgard and took part in a side project called Aphrodisiac, while Nordgaren. A new EP, Last Minute Lies, finally came out on Supernal in 1999 and featured guest appearances by vocalists Ayna Johansen and Karianne Horn and saxophonist Mari Solberg. This release hinted at the new post-metal direction that they more fully developed on their second full-length, the often baffling Department of Apocalyptic Affairs, also released by Supernal. This album included guest spots by Horn and Solberg, along with appearances by members of a who's who of Norwegian black metal/post-black metal bands, including Ulver, Arcturus, Mayhem, Ved Buens Ende, and Beyond Dawn. Despite the all-star cast, the album was not embraced by a terribly wide audience, and after parting ways with Supernal and again finding themselves without a label, eventually Fleurety slid into another period of inactivity. ~ William York, Rovi