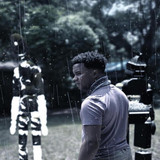 Influence from Coldplay, Woodkid, Wolfgang Amadeus Mozart and a few classical music composers of the decades. Jonathan Ranard Cartwright was born in Fort Lauderdale, FL and raised in Orlando, FL has passion of real music as he took music lessons throughout his whole life from elementary schools to high school. Later on after his 5 years from attending opera shows, he gave himself a artist name known as Everlasting Victory while he attended college for audio and music production. Then soon after college, he signed by a record label from Longwood, FL as he released his first album Welcome to the World in 2012, but suddenly the studio turned him down. But in 2014 he came up with his own production studio known as the Twilight Production Studio. Then from 2015 to 2017, Light / Dark was officially launched with a higher praised and well

payed from everyone around the world who enjoys his work of music with the outstanding music videos he also directed and performed as well. Then he revealed his first animation band members to his fans about a few months ago which he gave them a name like Andre who plays both guitar and bass along with Ernie who does the drums. Soon after the three made great payment success from live performance, radio and magazine interviews, and successfully feature on iheartradio and Spotify. And the future goal is get to both on bigger performances, award shows and on billboard charts.